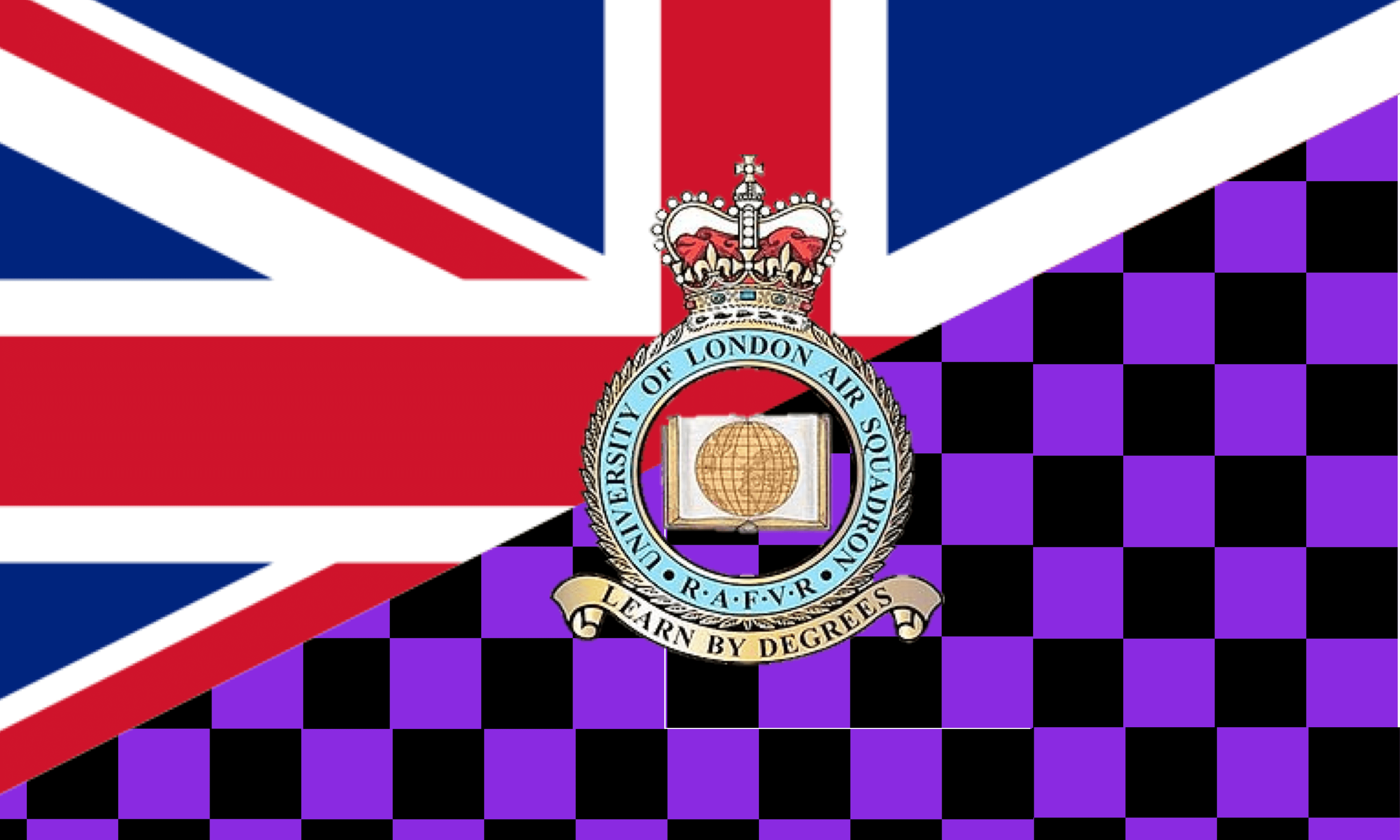 The University of London Air Squadron has a long tradition of offering flying training to undergraduates and a chance to experience life in the RAF. Joining ULAS will provide the perfect introduction if you're considering an RAF career, whether in a flying or ground-based role. However, there is no obligation to sign up and by getting involved you're making no further commitment other than your time and effort, and the training and personal development you receive will give you a head start in whatever career path you choose.

Welcome to The University of London Air Squadron

Do to the ongoing pandemic we are limited on the number of university Fresher Fairs we can attend. If we are not visiting your university, don't worry! Either come and visit us at another Fresher Fair or contact us through the online form below and we will get back to you as soon as possible. You can also find and send us all the recruitment documents in the infomation section below to apply online

The University of London Air Squadron exists as a training unit within the Royal Air Force Volunteer Reserves, and primarily provides basic flying training, force development and adventurous training to undergraduate students at universities within London and the surrounding areas. The main role of the squadron is to provide a taste of life in the service and give experience to its members so that they can make an informed decision on whether to take up a career as an officer in one of the many branches the RAF has to offer.

Members are expected to attend training nights, usually on a weekly basis, as well as attending several annual training camps at various RAF bases within the UK. Flying training is conducted on the Grob 115E ‘Tutor’, a modern carbon-fibre aircraft. The core flying syllabus of 31 sorties loosely follows that of RAF Elementary Flying Training and students generally fly ten to fifteen hours per year. Students can also progress to the ‘advanced’ syllabus during which they will be trained to do solo aerobatics, solo close-formation and solo low-level navigation.

Flying training is supplemented with ground training, force development training and adventurous training both in this country and abroad. Members are considered part of the RAF Volunteer Reserve and most students hold the rank of Officer Cadet, which has the status and privileges of an Officer. Some may obtain commissions in the RAF Volunteer Reserve, in the rank of Acting Pilot Officer. Medicine and Dentistry students, on obtaining a Cadetship, are commissioned into the RAF in the rank of Pilot Officer. 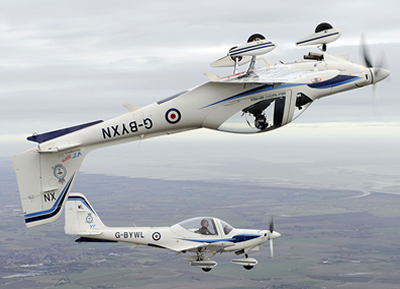 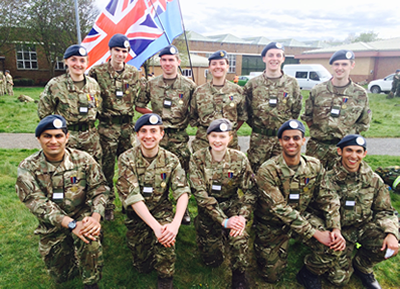 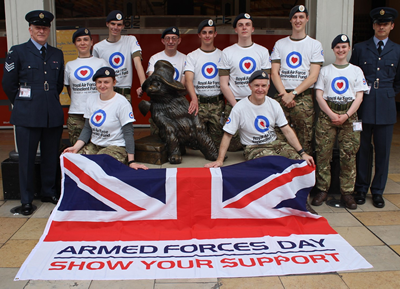 Giving our bit back 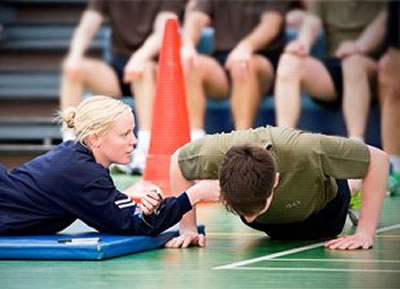 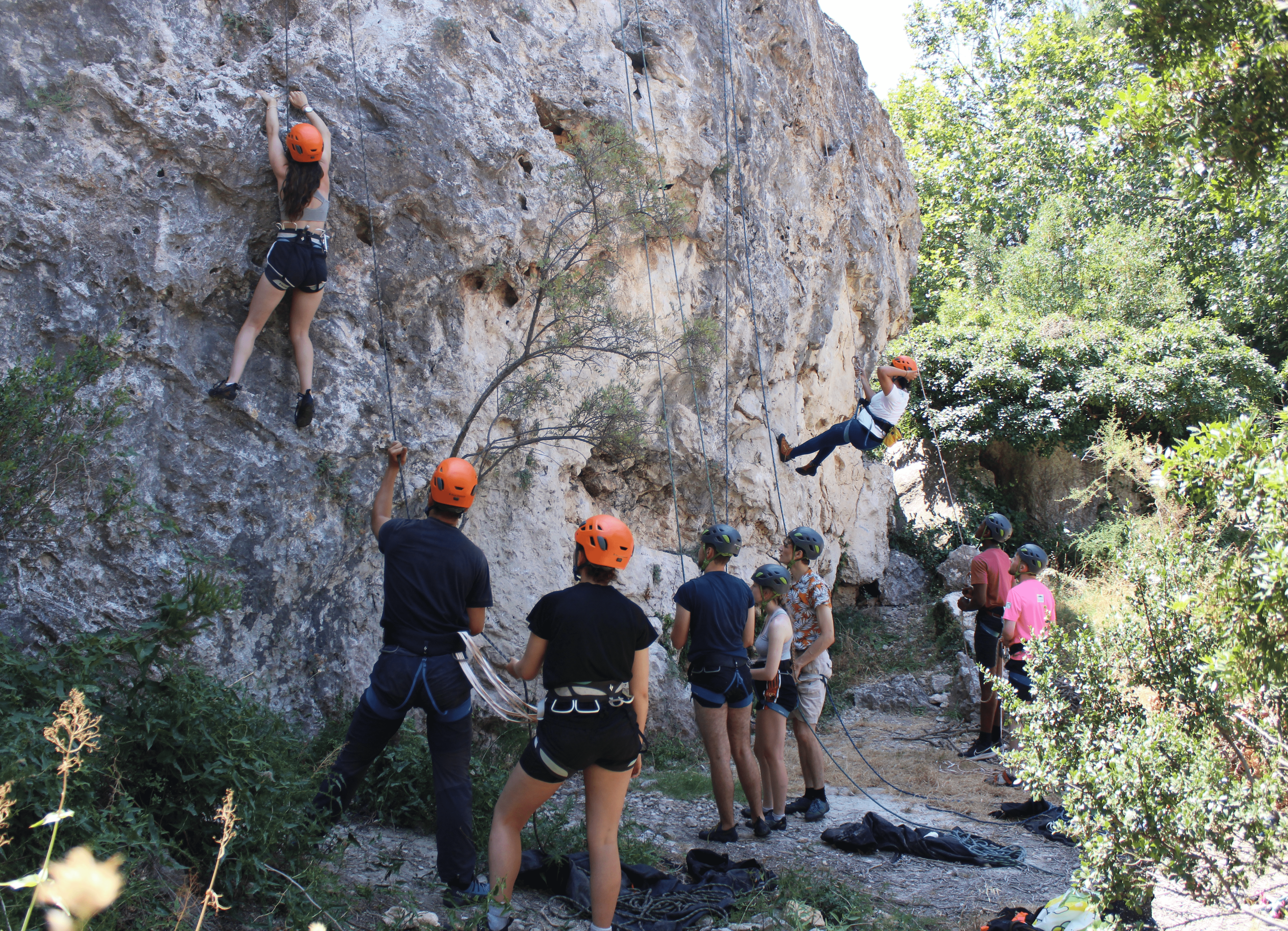 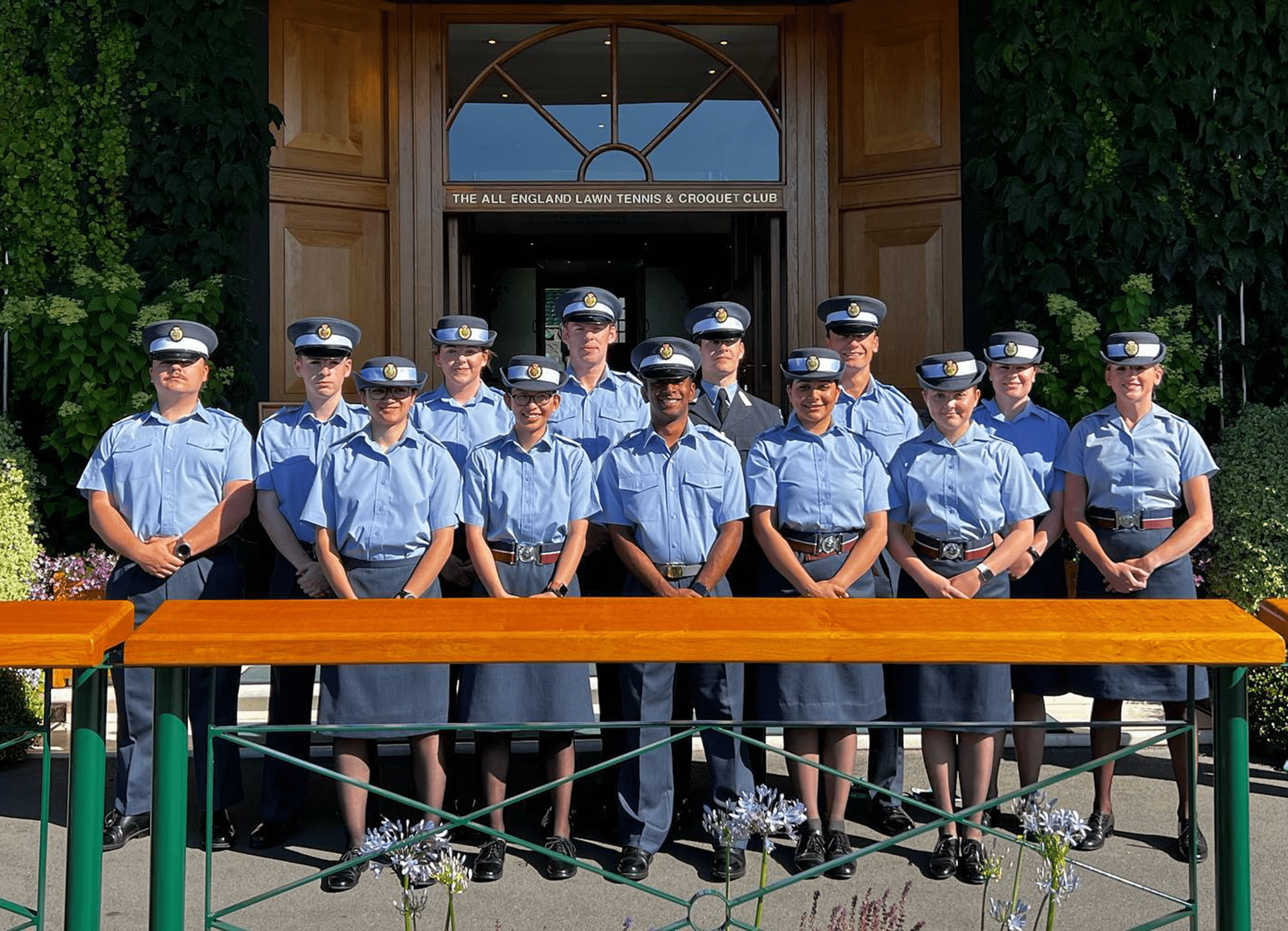 We are not just your ordinary squadron.

Fill in this contact form and we will get back to you as soon as possible.

Our first class instructors, flying the most effective training syllabus, makes this one of the best places to learn to fly.

One of the largest benefits of being on ULAS is the ability to fly following a shortened EFT syllabus. On ULAS each student enrolled is entitled to 10 hours of free flying every year. It is completely decision of each individual whether they use this to learn to fly, with the prospect of flying solo, or purely use it to experience the various aspects that light aircraft flying has to offer. Of course not all students will use all their flying hours up so they can be interchanged with other squadron members to add to their allocated 10 hours.

All University Air Squadrons fly a fleet of modern, fully-aerobatic Grob Tutor 115E training aircraft. ULAS fly these with CUAS (Cambridge University Air Squadron) from our flight base at RAF Wittering. You will receive expert instruction from a Royal Air Force Qualified Flying Instructor (QFI) who will endeavour to use all of his experience in order to teach you the fine art of light aircraft flying. Advanced modules in areas such as formation flying and low level navigation are also available to students upon completion of the main syllabus and the award of a solo badge. Instructional flying on the UAS can be used towards the completion of a civilian Private Pilots Licence, as well as giving a fantastic sense of achievement.

All members will have the chance to attend a 2-day intro including weapons handling, basic drill and Equality and Diversity with the UAS Force Development team. This usually occurs at RAF Cranwell during their induction week in the first year on the squadron. Following this there is the chance for everyone to attend a five-day range camp, firing the L85 rifle to develop marksmanship principles on various targets and types of fire. At the end of the week this culminates with the inter-UAS competition towards the Commandants Cup, which ULAS have had recent success in!

During the summer there are several “STRIKE” exercises conducted to take these military skills further. These are ten days long, involving six days of weapons, theory and practice of battle drills and field craft training before a three-day deployment into Stanford Training Area. Predominantly the focus here is on leadership. A popular event for many on the squadron is the International Four Day Marches in Nijmegen which take place every year in Holland.

And if that still isn’t enough then as a squadron in Central London there are always opportunities to attend high profile events around the capital. This year with the Ground Training committee including drill and ceremonial roles, members have represented the RAF at events at St James’ Palace, Whitehall and the Royal Albert Hall. 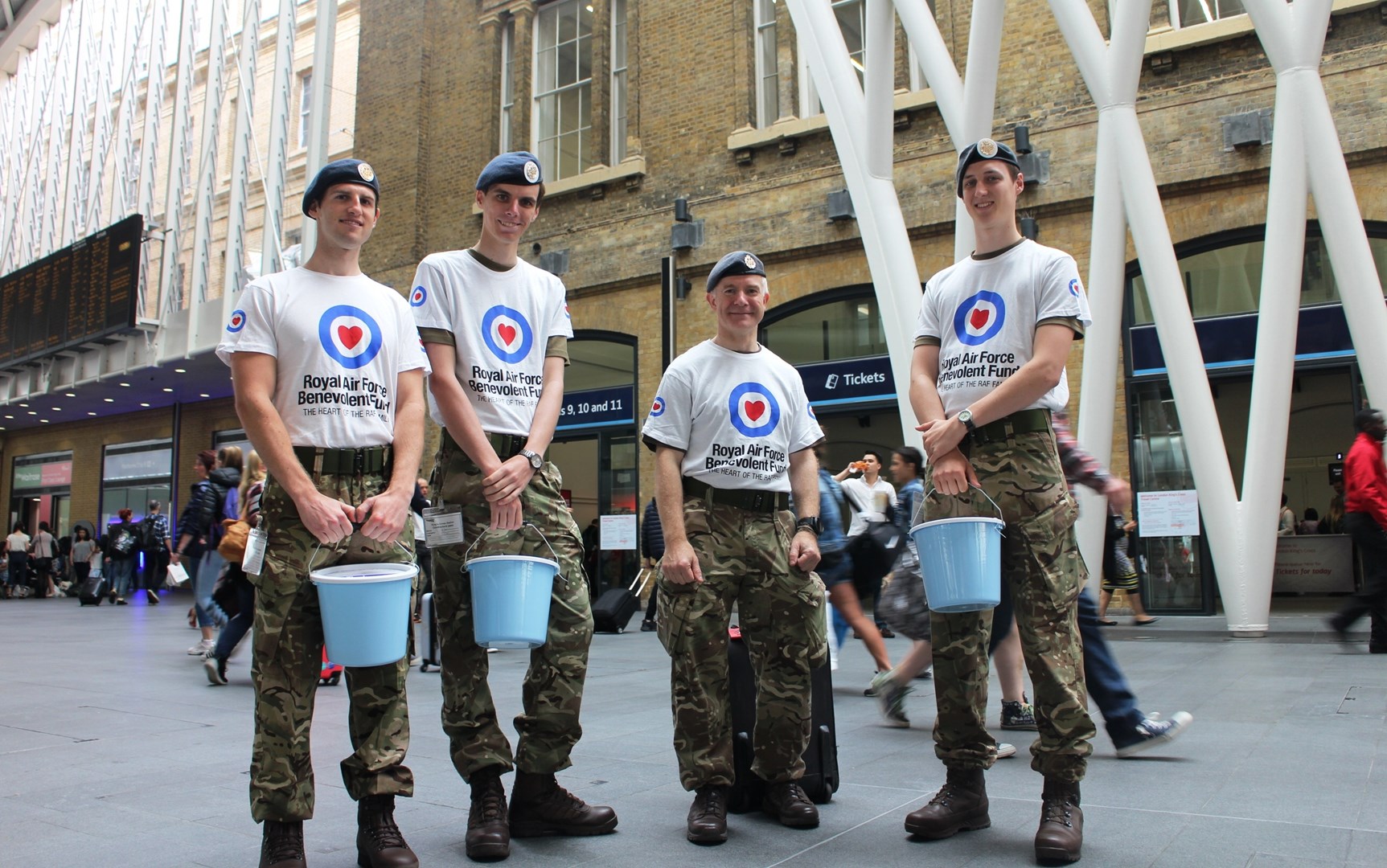 The aim of the charities committee on ULAS is to raise money for the selected squadron charity as well as give support to other charities when possible. The designated squadron charity for 2016 was the Veterans’ mental health charity Combat Stress. In previous years the squadron has also aided Blue Skye Thinking, a charity supporting the research and treatment of childhood brain tumours, and the Jon Egging Trust, which provides support and opportunities in aviation for young people in difficult circumstances.

In order to raise funds for our designated charity, squadron members take part in sponsored events such as the Tough Mudder obstacle race, the 46-mile Pathfinder March as well as one member of the squadron running a marathon in aid of Combat Stress later this year. The charities committee also hold social events throughout the year with all proceeds donated to the designated squadron charity. Events include quiz nights, charity auctions, performance evening and a charity boat party.

To aid other charities ULAS take part in numerous street collections throughout the year including London Poppy Day, with ULAS contributing to an estimated £20,000 raised for the Royal British Legion.

In order to join a UAS you must fulfil the following criteria.

To join the RAF you’ll need to meet certain criteria, like nationality, age and health. The following criteria must be met.

There are medical conditions which will preclude eligibility and can be found below:

Got an interview request? Well done. Here is what you need to know.

The interview is split into two parts.

The first part of the interview selection process focuses on you and the activities, club memberships, sports, adventure training, positions of responsibility, employment, charity and travel you may have undertaken in your life so far. This is your opportunity to really ‘sell yourself’ to the interviewer.

The second part of the interview focuses on: Whilst there is no obligation to join the Service after leaving the UAS organisation, you can make a more capelling case for joining our team if you have researched one or more of the career opportunities that are avaliable for an RAF Officer. This objective is included because we 'mirror' the interview process that is used to select the regular RAF officercadre. To prepare for this small element of the interview, study three UK-centric events and three international events which are featuing in recent 'news and media' and be prepared to discuss your views on the circumstances surrounding these events. The interviewer will usually choose one topic each from of the UK-centric and international events that you have researched. The best advice for this is to keep watching the news and read up on a few of the issues mentioned.

Whether you missed us at your university fresher fayre or did not attend your uni, you are still able to apply with the documents below. Please make sure all applications are sent to:
[email protected]
Contact us if you have any questions and good luck!